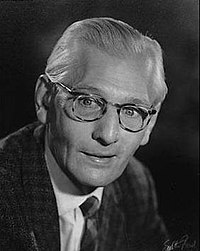 Who was Charles Francis Christopher Hawkes?

Charles Francis Christopher Hawkes FBA, FSA was an English archaeologist and a professor of European prehistory at Oxford University.

He was educated at Winchester College and New College, Oxford, where he obtained first class honours in classics. He began archaeological work at the British Museum and was then appointed Professor of European Archaeology at Oxford in 1946. He was a Fellow of Keble College. He was awarded the Gold Medal of the Society of Antiquaries in 1981.

In 1933 he was married to Jacquetta Hopkins, but they were divorced in 1953. With Jacquetta Hawkes, he co-authored Prehistoric Britain. He married Sonia Chadwick, also an archaeologist, in 1959. They jointly edited Greeks, Celts and Romans: studies in venture and resistance, 1973.

He was survived by his wife Sonia and son Nicholas.

Discuss this Charles Francis Christopher Hawkes biography with the community: