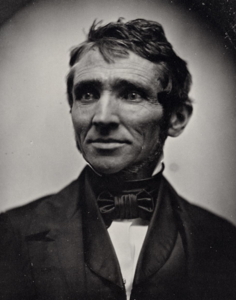 Who was Charles Goodyear?

Charles Goodyear was an American inventor who developed a process to vulcanize rubber in 1839, which he improved while living and working in Springfield, Massachusetts in 1844, and for which he received patent number 3633 from the United States Patent Office on June 15, 1844.

Though Goodyear is often credited with its invention, modern evidence has proven that the Mesoamericans used stabilized rubber for balls and other objects as early as 1600 BC. Goodyear discovered the vulcanization process accidentally after five years of searching for a more stable rubber and stumbling upon the effectiveness of heating.

Discuss this Charles Goodyear biography with the community: