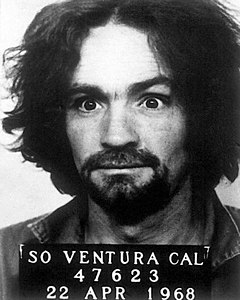 Who is Charles Manson?

Charles Milles Manson is an American criminal and musician who led what became known as the Manson Family, a quasi-commune that arose in California in the late 1960s. He was found guilty of conspiracy to commit the murders of six people, actress Sharon Tate and three other people at Tate's home, and the next day, a married couple, Leno and Rosemary LaBianca, all carried out by members of the group at his instruction. He was convicted of the murders through the joint-responsibility rule, which makes each member of a conspiracy guilty of crimes his fellow conspirators commit in furtherance of the conspiracy's objective.

Manson believed in what he called "Helter Skelter", a term he took from the song of the same name by the Beatles. Manson believed Helter Skelter to be an impending apocalyptic race war, which he described in his own version of the lyrics to the Beatles' song. He believed his murders would help precipitate that war. From the beginning of his notoriety, a pop culture arose around him in which he ultimately became an emblem of insanity, violence and the macabre. The term "helter skelter" was later used by Manson prosecutor Vincent Bugliosi as the title of a book that he wrote about the Manson murders.

Discuss this Charles Manson biography with the community: