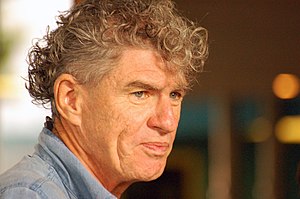 Who is Christopher Doyle?

Christopher Doyle, also known as Dù Kěfēng, born 2 May 1952, is an Australian cinematographer who often works on Chinese language films. He is an award winner of Cannes Film Festival and Venice Film Festival. He has also won the AFI Award for cinematography, the Golden Horse awards, and Hong Kong Film Award. Doyle is an affiliate of the Hong Kong Society of Cinematographers.

Discuss this Christopher Doyle biography with the community: