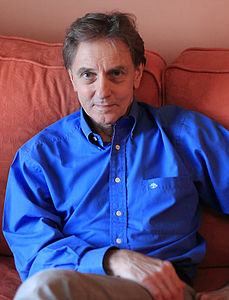 Who is Colin Blakemore?

Colin Blakemore FRS FMedSci, is a British neurobiologist, specialising in vision and the development of the brain, who is Professor of Neuroscience and Philosophy in the School of Advanced Study, University of London and Emeritus Professor of Neuroscience at the University of Oxford. He was formerly Chief Executive of the British Medical Research Council. He is best known to the public as a communicator of science but also as the target of a long-running animal rights campaign. According to The Observer, he has been both "one of the most powerful scientists in the [UK]" and "a hate figure for the animal rights movement".

Discuss this Colin Blakemore biography with the community: