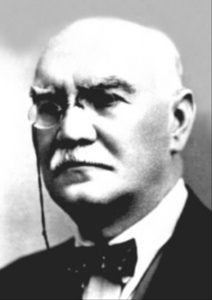 Constantin Rădulescu-Motru was a Romanian philosopher, psychologist, sociologist, logician, academic, dramatist, as well as centre-left nationalist politician with a noted anti-fascist discourse. A member of the Romanian Academy after 1923, he was its vice president in 1935–1938, 1941–1944, and its president between 1938 and 1941.

Discuss this Constantin Rădulescu-Motru biography with the community: