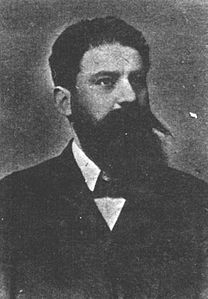 Who was Constantin Stere?

Constantin G. Stere or Constantin Sterea was a Romanian writer, jurist, politician, ideologue of the Poporanist trend, and, in March 1906, co-founder of the literary magazine Viața Românească. One of the central figures of the Bessarabian intelligentsia at the time, Stere was a key actor during the Union of Bessarabia with Romania in 1918, and is associated with its legacy.

Constantin Stere was professor of Administrative and Constitutional law at the University of Iaşi, serving as its rector between 1913 and 1916. He is also remembered for his partly autobiographical novel În preajma revoluției.

Discuss this Constantin Stere biography with the community: