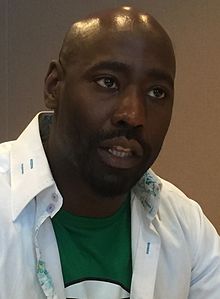 David Bryan "D.B." Woodside is an American actor. He is perhaps best known for his portrayal of White House Chief of Staff Wayne Palmer on the FOX action/drama series 24. Additionally, he is noted for his roles as bass singer Melvin Franklin in the NBC miniseries The Temptations, and as Robin Wood on the WB/UPN series Buffy the Vampire Slayer, Single Ladies, and as Dr. Joseph Prestridge on Parenthood.

Discuss this D. B. Woodside biography with the community: