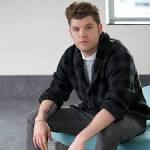 Who is Daniel Merriweather?

Daniel Paul Merriweather is an Australian R&B recording artist. Merriweather's debut solo album, Love & War, was released in June 2009. It entered the UK Albums Chart at number two. It was preceded by two singles, "Change" and "Red", which both made the top 10 on the related singles chart. Merriweather has won two ARIA Music Awards, Best Urban Release in 2005 for "She's Got Me" and Best Male Artist in 2009 for Love & War. In addition to his solo career, he has worked as a featured vocalist for other well-known artists. His guest vocals are included on album tracks by Disco Montego, Mark Ronson and Phrase. His collaborations with Ronson led to working in the United Kingdom including lead vocals on Ronson's cover version of The Smiths' song "Stop Me" in 2007.

Discuss this Daniel Merriweather biography with the community: