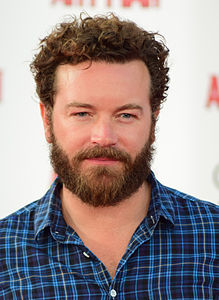 Who is Danny Masterson?

Masterson was born in Garden City, Long Island, New York, to Carol, who was his manager, and Peter Masterson, a State Farm Insurance agent.Was a child model at the tender age of four before taking the turn to acting.Older brother of actor Christopher Masterson.Co-hosted the Fox-TV special Woodstock '99 (1999) (TV) with his "That '70s Show" (1998) co-star Wilmer Valderrama.He is frequently the guest DJ in several Los Angeles clubs, going by the name DJ DonkeyPunch, but later changed the name to DJ Mom Jeans.

Discuss this Danny Masterson biography with the community: