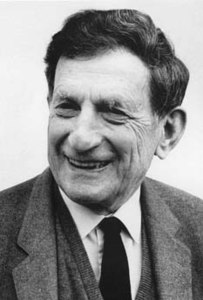 Who was David Bohm?

Bohm advanced the view that the old Cartesian model of reality was limited, in the light of developments in quantum physics. He developed in detail a mathematical and physical theory of implicate and explicate order to complement it. He also believed that the working of the brain, at the cellular level, obeyed the mathematics of some quantum effects, and postulated that thought was distributed and non-localised in the way that quantum entities do not readily fit into our conventional model of space and time.

Bohm warned of the dangers of rampant reason and technology, advocating instead the need for genuine supportive dialogue which he claimed could broaden and unify conflicting and troublesome divisions in the social world. In this his epistemology mirrored his ontological viewpoint. Due to his youthful Communist affiliations, Bohm was targeted during the McCarthy era, leading him to leave the United States.

Discuss this David Bohm biography with the community: