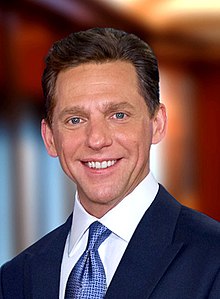 Who is David Miscavige?

David Miscavige is the leader of the Church of Scientology. His official title is Chairman of the Board of Religious Technology Center, a corporation that controls the trademarks and copyrights of Dianetics and Scientology.

Miscavige was an assistant to church founder L. Ron Hubbard while a teenager. He rose to a leadership position by the early 1980s and was named Chairman of the Board of RTC in 1987. Official church biographies describe Miscavige as "the ecclesiastical leader of the Scientology religion" and celebrate his accomplishments, including obtaining recognition as a tax-favored charity by the US Internal Revenue Service, issuing restored and corrected editions of the works of L. Ron Hubbard and undertaking a program of new or remodeled churches and related facilities.

Since assuming his leadership position, there have been a number of allegations made against David Miscavige. These include claims of forced separation of family members, coercive fundraising practices, harassment of journalists and church critics, and humiliation of church staff members, including physical assaults upon them by Miscavige.

Discuss this David Miscavige biography with the community: