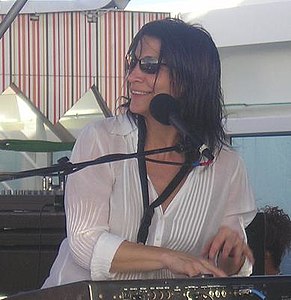 Who is Deanna Bogart?

She began her career in the Maryland-area with the ensemble Cowboy Jazz, and following that band's breakup in 1986, a stint playing with Root Boy Slim. In the early 90s she began her solo career.

In 2013, Bogart was nominated for a Blues Music Award in the 'Pinetop Perkins Piano Player' category.

Discuss this Deanna Bogart biography with the community: