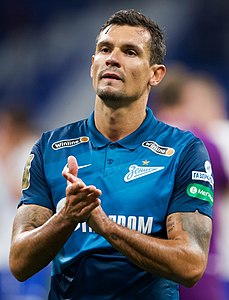 Who is Dejan Lovren?

Dejan Lovren is a Croatian footballer who plays as a central defender for Southampton F.C. in the Premier League and for the Croatian national team. Lovren has previously played for GNK Dinamo Zagreb and Olympique Lyonnais, where he won the Coupe de France, and in 2013, he signed for Southampton.

Although born in Yugoslavia, present-day Bosnia and Herzegovina, Lovren has represented Croatia at many levels and has been a full international since 2009. He has gone on to make more than 25 appearances and score two goals for his country, as well as being selected for the 2014 FIFA World Cup in Brazil.

Discuss this Dejan Lovren biography with the community: