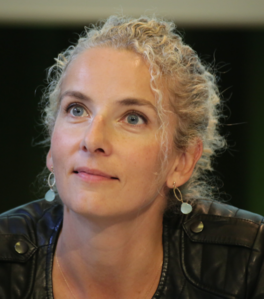 Who is Delphine Batho?

Delphine Batho is a French Socialist Party politician. She was France's minister of ecology, sustainable development, and energy between 21 June 2012 and 2 July 2013. She had to leave the government because she openly criticized the government and the budget restrictions for her own ministry. She was previously named ministre délégué at the French Ministry of Justice. She was elected to the National Assembly of France from the 2nd constituency of Deux-Sèvres on behalf of the Socialist, Radical, Citizen, and Miscellaneous Left grouping. It had been rumoured that the relationship between Delphine Batho and Christiane Taubira, her Senior Minister for Justice, was tense, leading to her removal from the Ministry of Justice.

Discuss this Delphine Batho biography with the community: