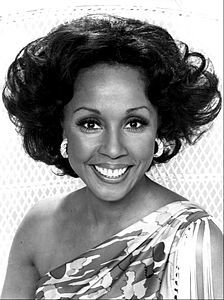 Who is Diahann Carroll?

Diahann Carroll is an American television and stage actress and singer. She has had a long, successful career that has spanned nearly six decades.

After appearing in some of the earliest major studio films to feature black casts such as Carmen Jones and Porgy and Bess, she starred in Julia, one of the first series on American television to star a black woman in a non-stereotypical role. Later she created the role of Dominique Deveraux on the popular prime time soap opera, Dynasty.

She is the recipient of numerous stage and screen awards and nominations. Carroll has been married four times and became the mother of a daughter in 1960. She is a breast cancer survivor and activist.

Discuss this Diahann Carroll biography with the community: