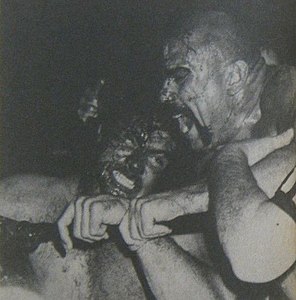 Who is Don Muraco?

Donald "Don" Muraco, nicknamed "The Magnificent Muraco" and "The Rock", is a retired American professional wrestler. Wrestling regularly from 1970 to 1988, and sporadically after, Muraco is a two-time WWF Intercontinental Champion, a two-time ECW Heavyweight Champion, one-time Stampede North American Champion and the first WWF King of the Ring in 1985.

Discuss this Don Muraco biography with the community: