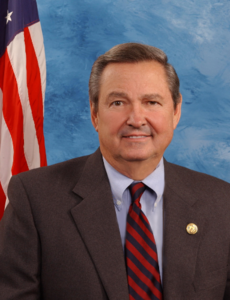 Eugene Clay Shaw, Jr. is a former American politician who was a Republican member of the United States House of Representatives from 1981 until 2007. He represented the 22nd District of Florida until he was defeated by Ron Klein in the 2006 midterm election.

Discuss this E. Clay Shaw, Jr. biography with the community: