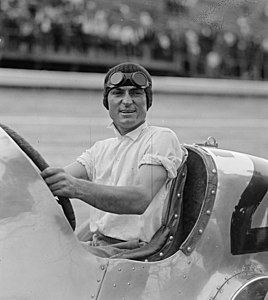 Who was Earl Devore?

Earl Devore was an American racecar driver. Devore and fellow driver Norman Batten were aboard the SS Vestris when it sank. He is credited with saving the lives of his wife, his son, and Batten's wife. Both Batten and Devore were lost at sea. Reports indicate that Devore was eaten by a shark in the icy waters, after his cries of help were ignored by seamen on another lifeboat. His son Billy Devore would later take up a career in racing.

Discuss this Earl Devore biography with the community: