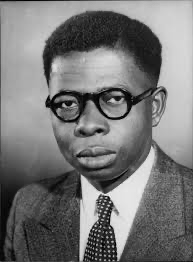 Dr. Ebenezer Ako-Adjei was a nationalist politician from Ghana. Ako-Adjei is considered to be one of the Big Six. The Big Six are arguably some of the most famous people in Ghana's fight for independence from British rule. He was also a founding member of the United Gold Coast Convention, the political party that initially spearheaded the surge for independence.

Discuss this Ebenezer Ako-Adjei biography with the community: