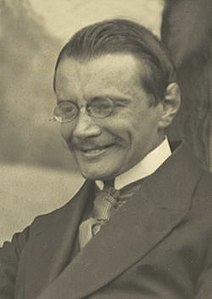 Who was Eberhard Arnold?

Eberhard Arnold was a Christian German writer, philosopher, and theologian. He was the founder of the Bruderhof in 1920.

Arnold was born in Königsberg, East Prussia, Germany, the third child of Carl Franklin and Elizabeth Arnold. His father was a doctor of theology and philosophy, and his paternal grandfather was a pastor and missionary of the Evangelical State Church of Prussia's older Provinces. Eberhard Arnold's life as a youth was unconventional. In 1899 at age 16, Arnold experienced an inner change, which he acknowledged as God's acceptance and the forgiveness of sins, and felt a calling to "go and witness to my truth." After he finished school, Arnold studied education, philosophy, and theology in Breslau, Halle, and Erlangen. He engaged in Christian youth work and in evangelism among the poor through the Salvation Army. While in Halle, he became part of the German Student Christian Movement, and its general secretary, in 1907 he and his wife von Hollander seceded from the state church. His work with the Salvation Army increased his sympathy for the oppressed classes of people and strengthened his stand for preaching conversion and salvation. Here in Halle, he also met Emmy von Hollander and married her in 1909.

Discuss this Eberhard Arnold biography with the community: