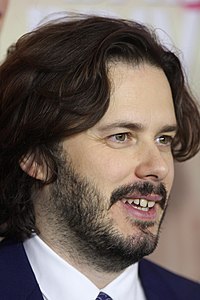 Who is Edgar Wright?

Edgar Howard Wright is an English film and television director and writer. He has worked with Simon Pegg, Nick Frost and Nira Park on the films Shaun of the Dead, Hot Fuzz and The World's End and on the TV series Spaced. He also co-wrote and directed the 2010 film Scott Pilgrim vs. the World. Along with Joe Cornish and Steven Moffat, he co-wrote Steven Spielberg's The Adventures of Tintin.

Discuss this Edgar Wright biography with the community: