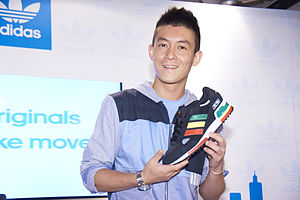 Who is Edison Chen?

Edison Koon-hei Chen is a Hong Kong-Canadian film actor, musician, producer, entrepreneur, and fashion designer. Chen is also the founder of CLOT Inc., and the CEO of Clot Media Division Limited. His native language is English, but he can speak and sing in Cantonese and in Mandarin and is conversational in Japanese, which allows him to be a part of multiple entertainment industries around the world. On 21 February 2008 he publicly announced that he intended to step away "indefinitely" from the Hong Kong entertainment industry due to the sex photo scandal in 2008.

Discuss this Edison Chen biography with the community: