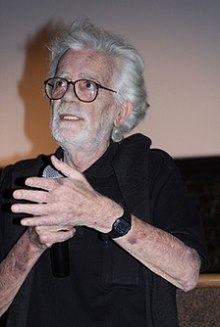 Who was Eduardo Coutinho?

Eduardo Coutinho was a Brazilian film director, screen writer, actor and film producer, known as one of the most important documentarists in Brazil.

He directed and wrote the script to the 1967 popular Brazilian film, ABC do amor near the beginning of his career. The film was entered into the 17th Berlin International Film Festival.

He died on February 2, 2014 in a suspected murder in Rio de Janeiro, his son being the prime suspect in the ongoing investigation.

Discuss this Eduardo Coutinho biography with the community: