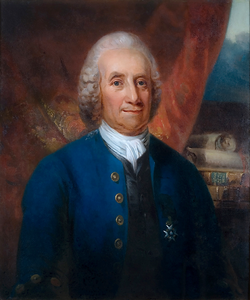 Who was Emanuel Swedenborg?

Emanuel Swedenborg was a Swedish scientist, philosopher, theologian, revelator, and, in the eyes of some, Christian mystic. He termed himself a "Servant of the Lord Jesus Christ" in True Christian Religion, a work he published himself. He is best known for his book on the afterlife, Heaven and Hell.

Swedenborg had a prolific career as an inventor and scientist. In 1741, at the age of 53, he entered into a spiritual phase in which he began to experience dreams and visions, beginning on Easter weekend of April 6, 1744. This culminated in a 'spiritual awakening', in which he received revelation that he was appointed by the Lord to write the New Church Doctrine to reform Christianity. According to the New Church Doctrine the Lord had opened Swedenborg's spiritual eyes, so that from then on he could freely visit heaven and hell, and talk with angels, demons and other spirits; and that the Last Judgement had already occurred, in 1757. However, he tells us that at this day it is very dangerous to talk with spirits, unless a person is in true faith, and is led by the Lord.

Discuss this Emanuel Swedenborg biography with the community: