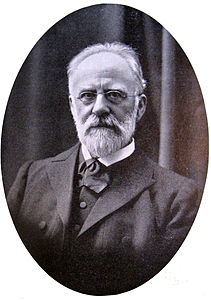 Who was Emil Christian Hansen?

Emil Christian Hansen was a Danish mycologist and fermentation physiologist.

Born in Ribe, he financed his education by writing novels. He was awarded a gold medal in 1876 for an essay on fungi, titled De danske Gjødningssvampe. During his days as a university student in Copenhagen, he worked as an unpaid assistant to zoologist Japetus Steenstrup. In 1876, with Alfred Jørgensen, he published a Danish translation of Charles Darwin’s "The Voyage of the Beagle"; Rejse om Jorden. From 1879 to 1909, he was director of the physiological department at Carlsberg Laboratory.

Employed by the Carlsberg Laboratory in Copenhagen, he discovered that yeast was composed of different kinds of fungi and that the yeast culture could be cultivated. He isolated a pure cell of yeast, and after combining it with a sugary solution, produced more yeast than was in a yeast bank. It was known as Saccharomyces carlsbergensis, and is used in lager beers. See Fermentation, Yeast.

Hansen is the taxonomic authority of the fungal genus Anixiopsis from the family Onygenaceae.

Discuss this Emil Christian Hansen biography with the community: