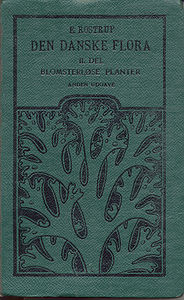 Who was Emil Rostrup?

From 1858, Emil Rostrup was a teacher at the paedagogical college Skårup Seminarium in then new subject natural history. He educated to-be school teachers for 25 years. In the meantime he had become well known for his flora handbooks and his works on plant pathology. He was appointed docent at the Royal Veterinary and Agricultural College in 1883. From 1902, he was professor at the same college. Rostrup was first real plant pathologist in Denmark and probably the greatest ever. He was member of Royal Danish Academy of Sciences and Letters, Royal Physiographic Society in Lund, Royal Swedish Academy of Agriculture and Forestry. In 1894, he was made honorary doctor at the University of Copenhagen.

After his death, his adept Jens Lind published a full account on all fungi collected by him in Denmark - mainly microfungi such as plant pathogens

Discuss this Emil Rostrup biography with the community: