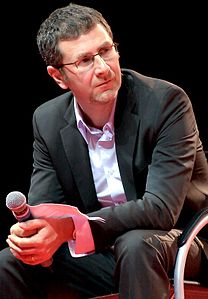 Who is Fabio Fazio?

Fabio Fazio is an Italian television presenter. After debuting in 1982, he presented many TV programs, including Quelli che... il Calcio, Vieni via con me and Quello che ho. Since 2003, he presents the weekly talk show Che tempo che fa, broadcast by Rai 3.

He presented the Sanremo Music Festival in 1999 and in 2000. In June 2012, RAI confirmed he will present his third edition of the Italian singing competition in 2013.

Discuss this Fabio Fazio biography with the community: