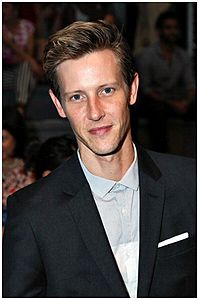 Who is Gabriel Mann?

Gabriel Mann is an American actor and former fashion model, best known for his role as Nolan Ross on the ABC drama series Revenge. He has co-starred in several films, including The Life of David Gale and The Bourne Supremacy.

Discuss this Gabriel Mann biography with the community: