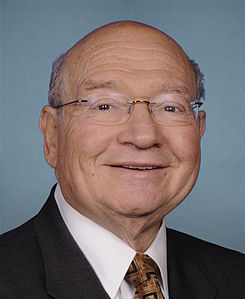 Who is Gary Ackerman?

Gary Leonard Ackerman was a U.S. Representative from New York, serving from 1983 to 2013. He is a member of the Democratic Party. On March 15, 2012, Ackerman announced that he would retire at the end of the 112th Congress on January 3, 2013 after fifteen terms, and would not seek re-election in November 2012.

Discuss this Gary Ackerman biography with the community: