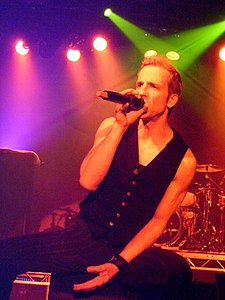 Who is Gary Cherone?

Gary Francis Caine Cherone is an American rock singer and songwriter. He is best known for his work as the lead vocalist of the Boston rock group Extreme, as well as his short stint as the lead vocalist for Van Halen on their 11th album Van Halen III and subsequent tour. In recent years he has released solo recordings. In 2007, he reunited with Extreme. The band's latest album Saudades de Rock was released on August 12, 2008.

Discuss this Gary Cherone biography with the community: