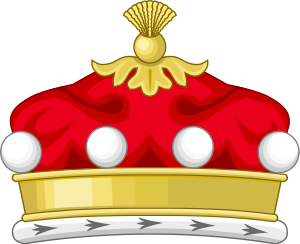 Who was George Lucas, 1st Baron Lucas of Chilworth?

Lucas was the son of Percy William Lucas of Oxford. He was involved in the motor trade industry and served during the Second World War as Chairman of the National Joint Industrial Council of the Motor Vehicle Retail and Repairing Trade. In 1946 he was given a peerage by the Labour government of Clement Attlee as Baron Lucas of Chilworth, of Chilworth in the County of Southampton. He then served under Attlee as a Lord-in-Waiting from 1948 to 1949, as Captain of the Yeomen of the Guard from 1949 to 1950 and as Parliamentary Secretary to the Ministry of Transport from 1950 to 1951. However, he later fell out with the Labour Party over nationalisation and moved to the cross-benches.

The future Lord Lucas married Sonia Finkelstein, the daughter of Marcus Finkelstein, a Latvian fishing-industry tycoon, in 1917. He died in October 1967, aged 71, and was succeeded in the barony by his eldest son Michael, who became a Conservative government minister. His second son, Ivor Lucas, became a diplomat and served as British Ambassador to Syria and Oman.

Discuss this George Lucas, 1st Baron Lucas of Chilworth biography with the community: