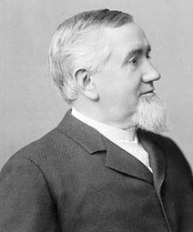 Who was George Pullman?

George Mortimer Pullman was an American engineer and industrialist. He designed and manufactured the Pullman sleeping car and founded a company town, Pullman, for the workers who manufactured it. His Pullman Company also hired African-American men to staff the Pullman cars, who became known and widely respected as Pullman porters, providing elite service.

Struggling to maintain profitability during an 1894 downturn in manufacturing demand, he lowered wages and required workers to spend longer hours at the plant, but did not lower prices of rents and goods in his company town. He gained presidential support by Grover Cleveland for the use of federal military troops in the violent suppression of workers there to end the Pullman Strike of 1894. A national commission was appointed to investigate the strike, which included assessment of operations of the company town. In 1898 the Supreme Court of Illinois ordered the Pullman Company to divest itself of the town, which was annexed and absorbed by Chicago, becoming a neighborhood.

Discuss this George Pullman biography with the community: