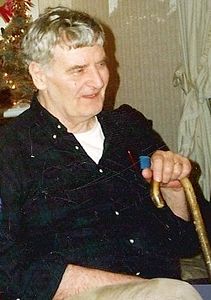 Who was George Sweigert?

George H. Sweigert is widely credited as the first inventor to hold a patent for the invention of the cordless telephone. Google Patents link.

Sweigert credited his military service for invention of the radio telephone, citing experimentation with various antennas, signal frequencies, and types of radios.

Discuss this George Sweigert biography with the community: