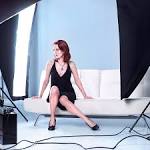 Who is Geri Hall?

Geri Hall is a Canadian actress and comedian. She has appeared on the CBC's This Hour has 22 Minutes in October and November 2004, March 2007 and became a permanent cast anchor in October 2007. Other appearances include the Rick Mercer Report and numerous television commercials. She wrote the Gemini Award-nominated To Die 4. She is known for her distinctive voice. She has appeared in The Blobheads on CBC.

Geri Hall is also known for her attempt to interview Prime Minister Stephen Harper for the CBC comedy series 22 Minutes during the 2008 federal election campaign in Halifax, Nova Scotia on September 12, 2008. Hall, who was in character as "Single Female Voter," was restrained by security and later taken away in handcuffs. She was not arrested and instead got an exclusive interview with Harper, who said he had never watched 22 Minutes, and asked Hall: "Do you like handcuffs?"

Hall did a similar stunt on March 4, 2009 when she attempted to poke fun at Ontario Premier Dalton McGuinty's new rule requiring reporters to stand five feet back. It was poorly received due to Hall attempting it in the middle of questions on U.S. Steel's decision to shut down several mills.

Discuss this Geri Hall biography with the community: