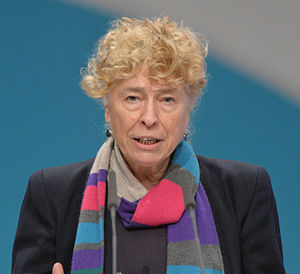 Who is Gesine Schwan?

Gesine Schwan is a German political science professor and member of the Social Democratic Party of Germany. The party has nominated her twice as a candidate for the federal presidential elections. On 23 May 2004, she was defeated by the Christian Democrat and former president Horst Köhler. On 23 May 2009, both competed again for this position and Horst Köhler won his second term.

Discuss this Gesine Schwan biography with the community: