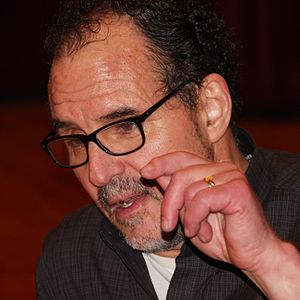 Who is Gregory A. Boyd?

Gregory A. "Greg" Boyd is an American theologian, pastor, and author. Boyd is Senior Pastor of Woodland Hills Church in St. Paul, Minnesota and President of Reknew.org. He is one of the leading spokesmen in the growing Neo-Anabaptism movement, which is based in the tradition of Anabaptism and advocates Christian pacifism and a non-violent understanding of God.

Boyd has also long been known as a leading advocate of open theism. In addition, he is a noted Christian anarchist and is known for his writings on the relationship between Christianity and politics, including his best-selling book The Myth of a Christian Nation, which was written after the New York Times published a front-page cover article on Boyd's criticism of the Christian right. In 2010, Boyd was listed as one of the twenty most influential living Christian scholars. In addition to the New York Times, Boyd has also made appearances on CNN, NPR, the BBC, and The Charlie Rose Show.

Discuss this Gregory A. Boyd biography with the community: