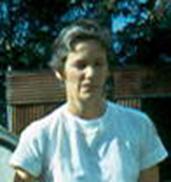 Who was Grethe Rask?

Margrethe P. Rask, better known as Grethe Rask, was a Danish physician and surgeon who practiced medicine in what was then known as Zaïre. After setting up her own hospital in a village called Abumombazi in 1972, she transferred to Danish Red Cross Hospital in Kinshasa in 1975 before returning to Denmark in 1977 following symptoms of an unknown disease, which was later discovered to be AIDS. Rask, who died three and a half years prior to AIDS being recognized by the Centers for Disease Control in June 1981, was one of the first non-Africans known to have died of AIDS-related causes.

Discuss this Grethe Rask biography with the community: