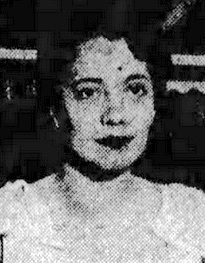 Who was Hagar Wilde?

Hagar Wilde was a writer for Hollywood films and television shows in the late thirties till the late fifties. Her work includes co-writing the screenplay for Bringing Up Baby, starring Katharine Hepburn and Cary Grant, and was directed by Howard Hawks, and the screenplay for I Was a Male War Bride, also starring Cary Grant and again directed by Howard Hawks as well as co-wrote The Unseen. "She died in 1971, penniless and bitter, at the Motion Picture Country Home."

Discuss this Hagar Wilde biography with the community: