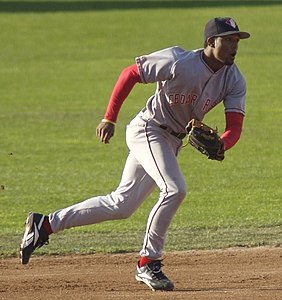 Who is Hainley Statia?

Hainley Charles Statia is a Dutch minor league middle infield baseball. He was previously active in the Los Angeles Angels organization, playing for the Class AA Arkansas Travelers and the Class AAA Salt Lake Bees between 2008 and 2010. He was signed by the independent Lancaster Barnstormers after the 2010 season, but was transferred to Milwaukee before the start of the 2011 season. He is also a member of the Netherlands national baseball team.

Discuss this Hainley Statia biography with the community: