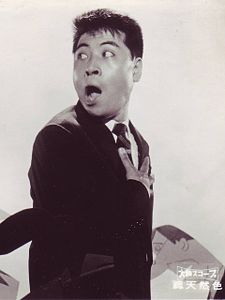 Who was Hajime Hana?

Hajime Hana was a Japanese actor. He was the leader of the comic jazz band The Crazy Cats, which featured such talent as Hitoshi Ueki and Kei Tani, and which starred in a series of film comedies and in TV variety shows such as "Shabondama Holiday." He won the award for best actor at the 31st Blue Ribbon Awards for Kaisha monogatari: Memories of You.

Discuss this Hajime Hana biography with the community: