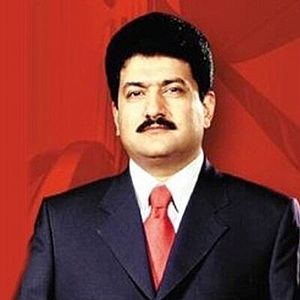 Who is Hamid Mir?

Hamid Mir is a Pakistani journalist, news anchor, terrorism expert, and security analyst. He currently hosts the political talk show Capital Talk on Geo TV and also writes columns for Urdu, Hindi, Bengali, and English newspapers. He was twice banned from Pakistani television by the Pervez Musharraf government in 2007, and by the Zardari administration in June 2008. He has also received the Hilal-i-Imtiaz, Pakistan's second highest civil award.

Discuss this Hamid Mir biography with the community: