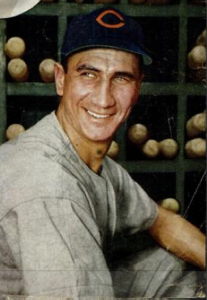 Who was Hank Sauer?

Henry John "Hank" Sauer was a left fielder in Major League Baseball. From 1941 through 1959, Sauer played for the Cincinnati Reds, Chicago Cubs, St. Louis Cardinals, New York Giants and San Francisco Giants. He batted and threw right-handed. He is the only player in major league history ever to have hit three home runs in a single game twice against the same pitcher. He did it 1950 and 1952 while with the Chicago Cubs, both times against Philadelphia's Curt Simmons.

Discuss this Hank Sauer biography with the community: