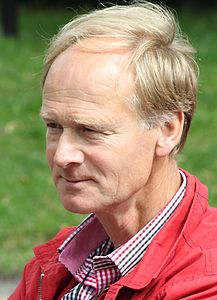 Who is Harm Kuipers?

Harm Kuipers is a former speed skater from the Netherlands.

Kuipers combined his sports careers with being a Medicine student at the University of Groningen. Preferring his studies over speed skating, he did not participate in the 1972 Winter Olympics, a decision he still regrets today. The best year of his speed skating career was 1975, when he became World Allround Champion, after having won silver the year before. From 1971 to 1976, Kuipers also was a successful amateur bicycle racer.

Apart from combining his studies with his sports careers, another thing that set Kuipers apart was that he was his own coach, something that was in line with his later scientific career. After winning his world title in 1975, Kuipers concentrated on his scientific career, receiving his M.Sc. in Medicine from the University of Groningen in 1975, a Ph.D. in Physiology from the University of Maastricht in 1983, and he became a full professor at the University of Maastricht in 1992 at the Faculty of Health, Medicine and Life Sciences – Department of Human Movement Sciences.

Discuss this Harm Kuipers biography with the community: