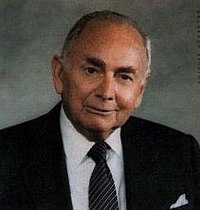 Who was Harold Geneen?

Harold "Hal" Sydney Geneen, was an American businessman most famous for serving as president of the ITT Corporation.

Discuss this Harold Geneen biography with the community: