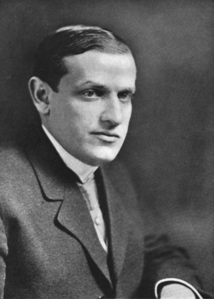 Who was Herbert Fleishhacker?

Herbert Fleishhacker, son of Aaron Fleishhacker and Delia Fleishhacker, was an American businessman, civic leader and philanthropist. He built Fleishhacker Pool, the world's largest outdoor saltwater swimming pool, in 1924. The pool continued to operate until 1971.

He was married August 9, 1905 to May Belle Greenebaum and had one daughter, Marjorie, and two sons: Herbert Fleishhacker Jr. and Alan Fleishhacker.

Herbert Jr. was a renowned football player at Stanford who married a San Franciscan woman whose first marriage to an Austrian Count had ended in divorce, but his daughter from this marriage was Leonora von Wertheimer.

It is possible that in the mid-1920s Fleishhacker had his portrait painted by the Swiss-born American artist Adolfo Müller-Ury who had established a new studio home in San Marino, California in 1925.

Discuss this Herbert Fleishhacker biography with the community: