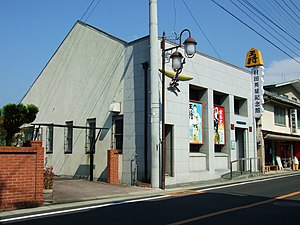 Who was Hideo Murata?

Hideo Murata was a Japanese rōkyoku and enka singer. He has taken part in the Kōhaku Uta Gassen 27 times.

Murata was born as a son of rōkyoku singer Senyu Hirosawa and Tsutako Yano. However, he was immediately adopted by Sumiko Deriba and Haruo Kajiyama became his stepfather. His real name was Isamu Kajiyama. He studied rōkyoku under one of Kumoemon Tochuken's disciples, Kumo Sakai.

Murata was scouted by Masao Koga, debuting with "Muhōmatsu no Isshō" in 1958. His 1961 single "Ōshō" sold over one million copies. Along with Hachiro Kasuga and Michiya Mihashi, he became a famous enka singer and Haruo Minami was regarded as his rival. He died on June 13, 2002.

Discuss this Hideo Murata biography with the community: