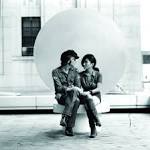 Who was Iain Macmillan?

Iain Stewart Macmillan was the Scottish photographer famous for taking the cover photograph for The Beatles' album Abbey Road in 1969. After growing up in Scotland, he moved to London to become a professional photographer. He used a photo of Yoko Ono in a book he published in 1966 and was invited by Yoko to photograph her exhibit at Indica Gallery. She introduced him to John Lennon. John invited him to be the photographer for the cover of Abbey Road. He worked with the Lennons for several years even staying for a while at their home in New York.

Discuss this Iain Macmillan biography with the community: