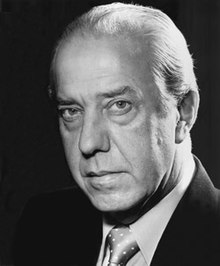 Who was Ian Abercrombie?

Ian Abercrombie was an English actor.

Abercrombie was known for playing Alfred Pennyworth in Birds of Prey. He appeared as Elaine Benes's boss, Justin Pitt, during the sixth season of Seinfeld, and as Rupert Cananaugh, Ian Hainsworth's butler, in Desperate Housewives. He is also known as Professor Crumbs in the TV Series Wizards of Waverly Place.

Discuss this Ian Abercrombie biography with the community: