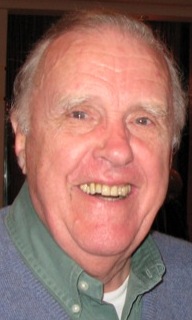 Ian McNaught-Davis is mainly known for presenting the BBC TV series The Computer Programme, Making the Most of the Micro and Micro Live in the 1980s. He is also a well-known mountaineer and alpinist. He was managing director of the British subsidiary of Comshare Inc.

McNaught-Davis was president of the UIAA between the years of 1995 and 2004 and a keen hill walker and hiker. In the 1960s he was a climbing partner of Joe Brown both in the UK and in the greater ranges. He took part with Brown in the televised climb of the Old Man of Hoy. He also took part in a climb of the Eiffel Tower, which was televised on the ABC network's Wide World of Sports. Davis was also one of the first to climb the "unclimbable" Muztagh Tower in 1956. He was honorary librarian of the Climbers' Club in 1961. As of 2012 he was a patron of the British Mountaineering Council. In 2008 he was one speaker at an event entitled The BBC Micro and its legacy hosted by the Computer Conservation Society.

Discuss this Ian McNaught-Davis biography with the community: